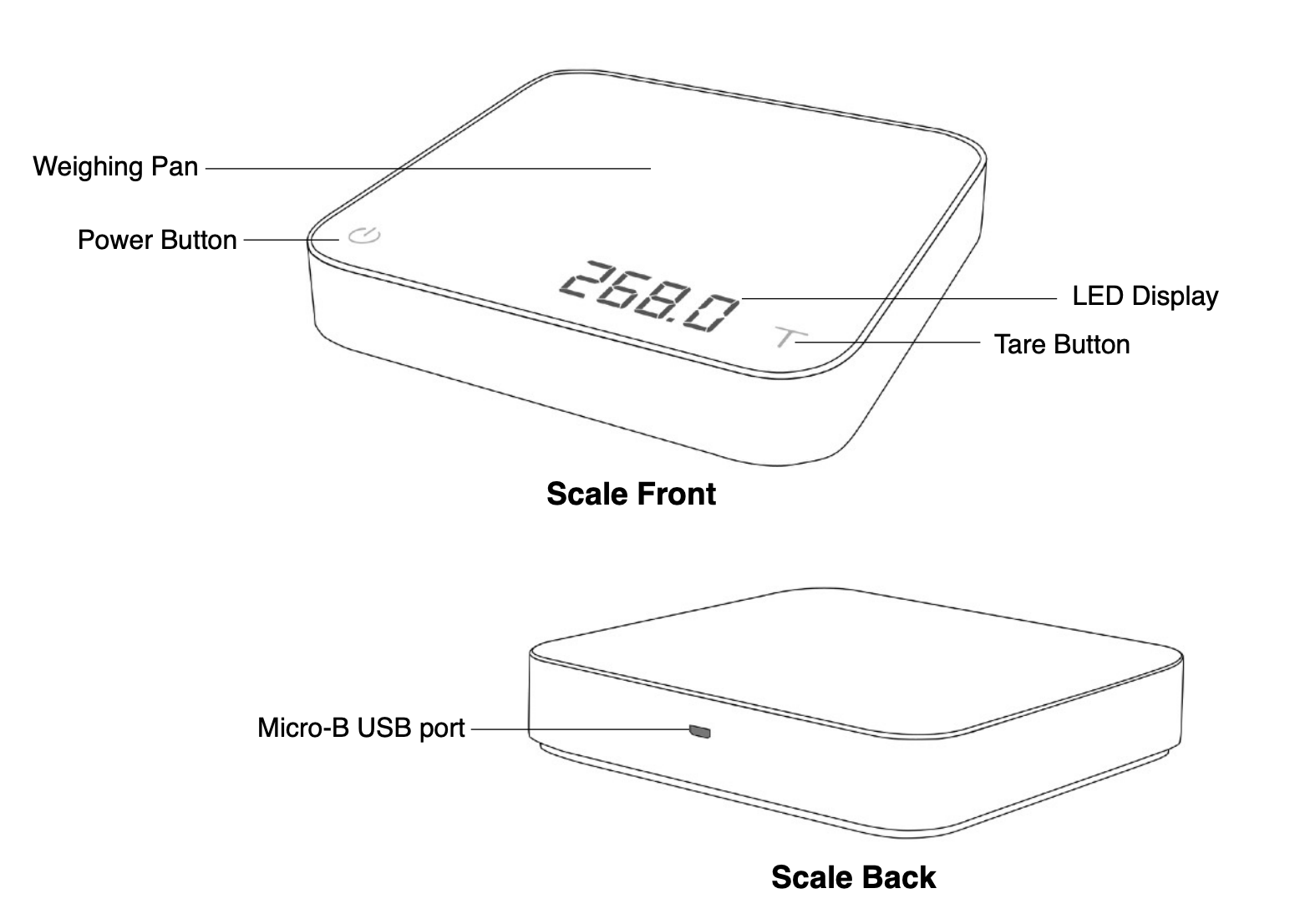 The scales should be running on battery all the time, and recharge every few days at night when the store closes. This is the most effective way to extend the battery life. Also note that, if using it plugged in, the cable will interfere with the weighing pan and cause instability. So we do not recommend using it while plugged in

If you are switching from internal battery to external power source, your scale will turn off and disconnect. This is normal, turn your scale on as usual and connect as described above. However, it is not recommended to use the scale while connected to an external power source as it can lead to erratic behavior, and should only be done when necessary (i.e. the scale's internal battery has been depleted)

Check to see if your scale just needs to be charged and if it is charging properly. When plugging a scale into charge, a light will appear. If this charging light does not appear, try swapping the micro-USB cable for another, or try using an alternate power adapter.

Scale has power but is not connecting to Vish

If you have power to your scale but are unable to connect to Vish, first try to power-cycle the scale.

Power down the scale, leave plugged in overnight

Before trying to connect the scale, please ensure the scale has a proper power supply (either battery or A/C power)

Like any device, sometimes your scale or iPad may act erratically and need to be reset to resume operating as expected

Still can't resolve you issue? Please contact a member of the Vish support team and we'll work with you to fix the problem

Like any device, sometimes your scale or iPad may act erratically and needs to be reset to resume operating as expected. Try these additional steps before you connect your scale.

Scale does not appear in list of available devices

Toggle the Bluetooth connection on the iPad

Power down all devices and restart

Power off the iPad and scale as described above. Start by powering up the iPad and opening Vish, then connecting the scale.

Still can't resolve your issue? Please contact the Vish support team at and we'll work with you to fix the problem.